Here you can read a little more about some of the things I work on. Scroll down or jump to: 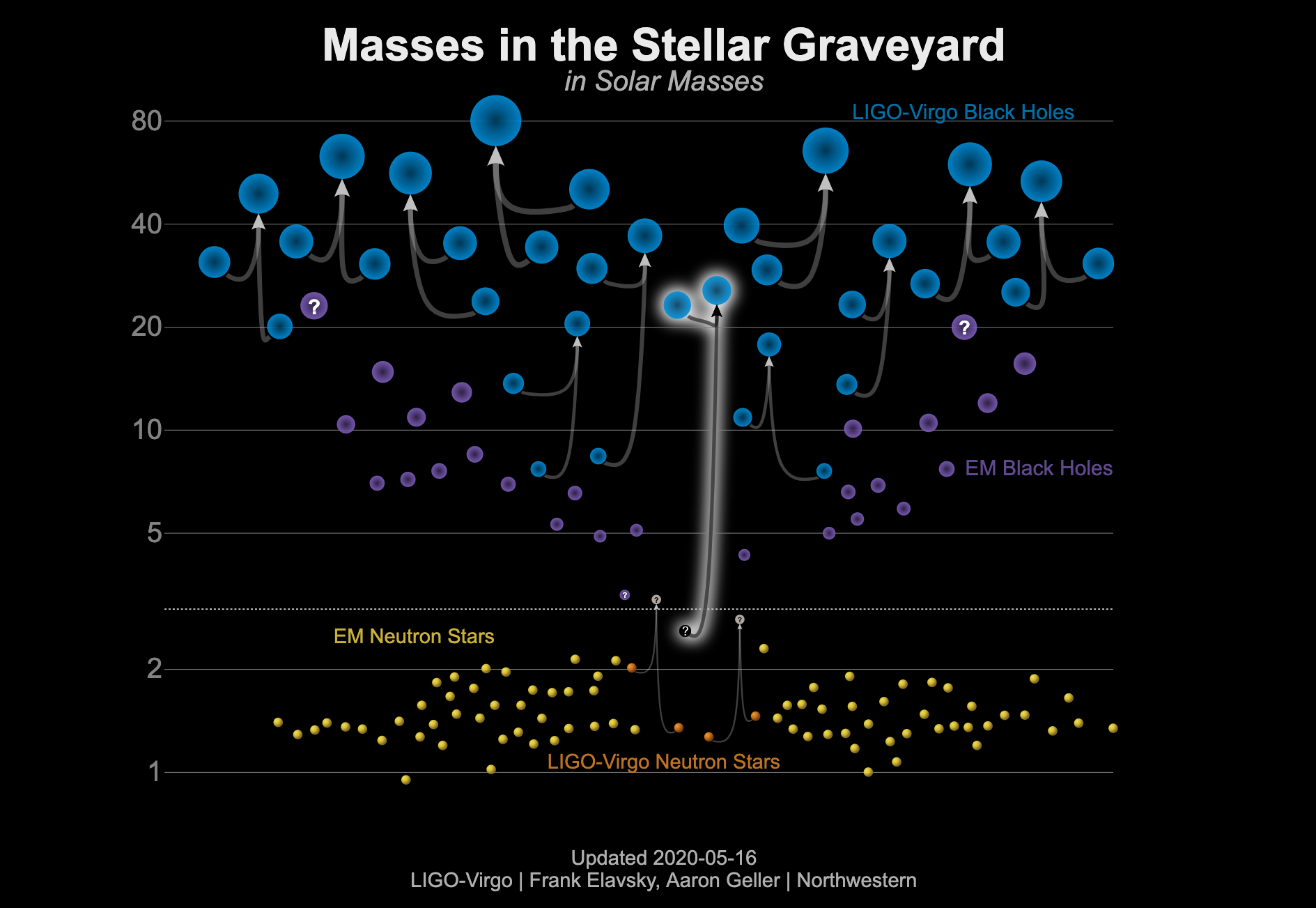 Shortly after Albert Einstein published his famous theory of General Relativity — i.e. our standard theory of gravity — he realised that his theory contained an unusual prediction. It predicted that the fabric of spacetime itself could carry waves much like those on the surface of the ocean, called gravitational waves.

However, experimental confirmation of the existence of gravitational waves remained elusive for almost a century. Finally in 2015, the LIGO and VIRGO experiments detected these ghostly spacetime ripples, produced by the violent merger of two black holes.

Two years later, gravitational waves were detected coming from a different kind of source — the merger of two binary neutron stars (dead stellar cores). I belong to one of the teams that realised this detection had profound implications for the viability of modified gravity theories discussed above.

Now I am working to understand how our rapidly-accruing numbers of gravitational wave detections can be used as a tool for cosmology. They can tell us things about gravity, large-scale structure, and the expansion rate of the universe. These possibilities will widen even further when future ground-based and space-based telescopes such as the Einstein Telescope and LISA come online.

​ Some of my papers in this area:

Current cosmological data tells us that the expansion rate of our universe is speeding up, in a manner consistent with a so-called 'cosmological constant' -- an energy possessed by empty spacetime. An alternative candidate explanation is that the laws of gravity governing the universe as a whole are different from those we experience down on Earth. I work on understanding and testing possible changes to the behaviour of gravity, which might explain why the expansion of the cosmos appears to be accelerating. ​​ More technical details: The past two decades have witnessed the development of numerous modified gravity models. I am an expert in mathematical frameworks that allow this plethora of theoretical ideas to be mapped onto a manageable set of parameters. This reduced parameter set is then highly suitable for constraint by cosmological data (e.g. CMB, BAO, redshift space distortions, weak gravitation lensing), allowing fully model-independent, efficient tests of the dark energy/modified gravity sector. I am working with my collaborators in the Euclid satellite and Large Synoptic Survey Telescope (LSST) consortia to implement these methods with exciting future datasets. ​​​ Here are some of my key papers in this area:​

You can find more publications in my CV from the `Bio' page. 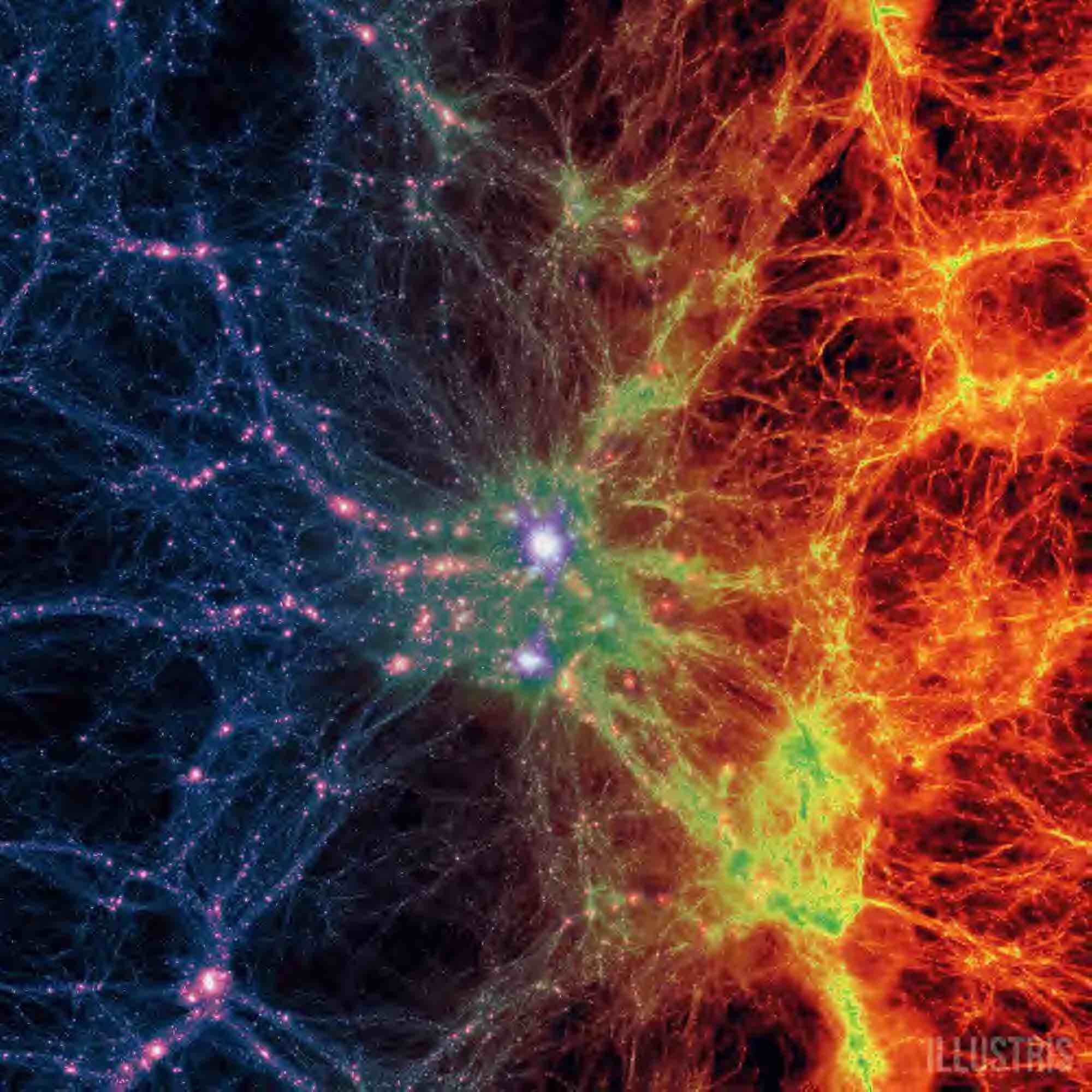 Cosmological voids are vast regions of our universe that have lower density — i.e. they contain less matter — than the rest of the universe, on average. They are effectively the ‘holes’ in the cosmic web of large-scale dark matter structures. ​​ However, voids are not completely empty. Indeed, one of the challenges of void science is infer their shapes, sizes and density profiles. These things are sensitive to the nature of gravity and the particle content of the universe. So if we can model how voids form mathematically and using computer simulations, and compare these predictions to void observations from galaxy surveys, we can carry out tests of fundamental physics. ​​​ I have studied how the deflection of light (lensing) by voids can be used as a test of gravity. Here are some relevant papers: